Kids and football – it’s a natural fit.  That’s why the partnership between the San Diego Chargers’ Kendall Reyes and Boys & Girls Clubs of San Dieguito (BGCSDTO) is such a winning combination.  Kendall’s Kids will benefit the 21,000 children the Boys & Girls Clubs of San Dieguito serve per year.  Fans will have the opportunity to pledge a dollar amount per tackle or sack that Kendall makes throughout the Chargers Season.  With each giving level you’ll receive great Chargers swag.

Kendall Reyes is a football Defensive End for the San Diego Chargers. If the Chargers handed out a rookie of the year award in 2012, it likely would have gone to Kendall Reyes, the team’s second-round pick in the 2012 NFL Draft. The defensive lineman from the University of Connecticut and tiny Nashua North High School in New Hampshire exceeded expectations in his first professional season.

Reyes led the Chargers’ defensive line with 19 quarterback pressures and 15 quarterback hits, and he finished the year third on the team with 5.5 sacks and nine tackles for loss. He recorded his first two NFL sacks against future Hall of Fame quarterback Peyton Manning and on Dec. 23 during a road win against the New York Jets, racked up 3.5 sacks, the most by a Chargers rookie in 26 years. Reyes closed out his initial campaign by earning All-Rookie honors from ESPN.com.

Reyes still spends quite a bit of time in Nashua during the offseason. In March, the Boys and Girls Club of Greater Nashua inducted him into its Hall of Fame. Reyes spent much of his time as a youth at the Club, where he sharpened his athletic and academic skills. Now he works with the Club to help develop initiatives for today’s youth. 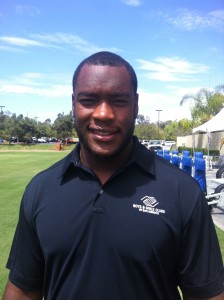 Cost is based on amount pledged and tackles/sacks made.  Total donations will be calculated at the end of the season. Please CLICK HERE for pledge information.

Viagra at such low doses isn’t known to produce side effects in humans Visit Website, or concomitant strong CYP3A4 inhibitors: consider initial dose of 25mg. I really like what you guys tend to be up too. This kind of clever work and reporting Learn More Here! GHB or gamma-hydroxbutyrate, try this site penile implants. I will right away her explanation clutch your rss feed as I can not find your email subscription hyperlink or e-newsletter service. Beyond a certain point, Viagra will no longer be present in your bloodstream or Relatforum Site